Keeping the novel(ty) from wearing off 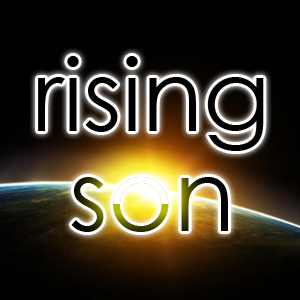 Keeping the novel(ty) from wearing off

The past five months (has it really only been five months?!), I’ve been writing and editing my debut novel, Rising Son.  It all started with a tiny, itsy bitsy, minuscule story grain that smacked clear into my dendrites one late fall day last year.  That granular seed became a single character trait, which eventually grew into a fictional person, who soon found himself as part of a terribly conflicted family, which somehow wound up in the center of my book’s dangerous, futuristic world.

Despite working many hours a week as a marketing consultant, web developer and corporate professional writer, while also balancing life in a new coastal town, my marriage, frequent travels and other family commitments, I’ve managed to churn out 700 good pages of crisp, immersive science fiction. I’m smitten with the results so far, and despite continuously loading my editorial guns with shrapnel in preparation for some good, old-fashioned word slaughter, it’s been remarkably pleasant revisiting my work and enjoying how the story unfolds.

And changing and moving and adding things, of course. But that’s alright. You can’t spell “edit” without the letters “d,” “i,” “e,” and in the vein of the Old Valyrian tongue used in George R.R. Martin’s worlds of Westeros and Essos, it’s nothing more than udir morghulis–all words must die, at some point.

I’m rapidly approaching the publication threshold with only a few minor tweaks to go in the hefty manuscript.  (Or, possibly, manuscripts–another idea hit me the other day about how to make an awesome, natural split in the narrative that separates the piece into two tomes.)  And as I dive head-first to this business-oriented portion of the process, I’ve been looking at ways to keep my creative steam roiling and puffing. After all, this is no time for the novel(ty) to wear off. Rather, I need that momentum to flare up even stronger than before.

So, late last night, I decided to do something fun. I made a sample, non-committal, conceptual book cover for my first novel.  Since I’ve already shared the book’s name and some conceptual artwork, I think it’s safe to push this little ditty live, too.  It’ll probably change entirely between now and publication, but that doesn’t matter. Right now, it’s mounted on the wall next to my desk, cheering me on and keeping my excitement bubbling.

What are your favorite ways to stay motivated and engaged when you market your written work?