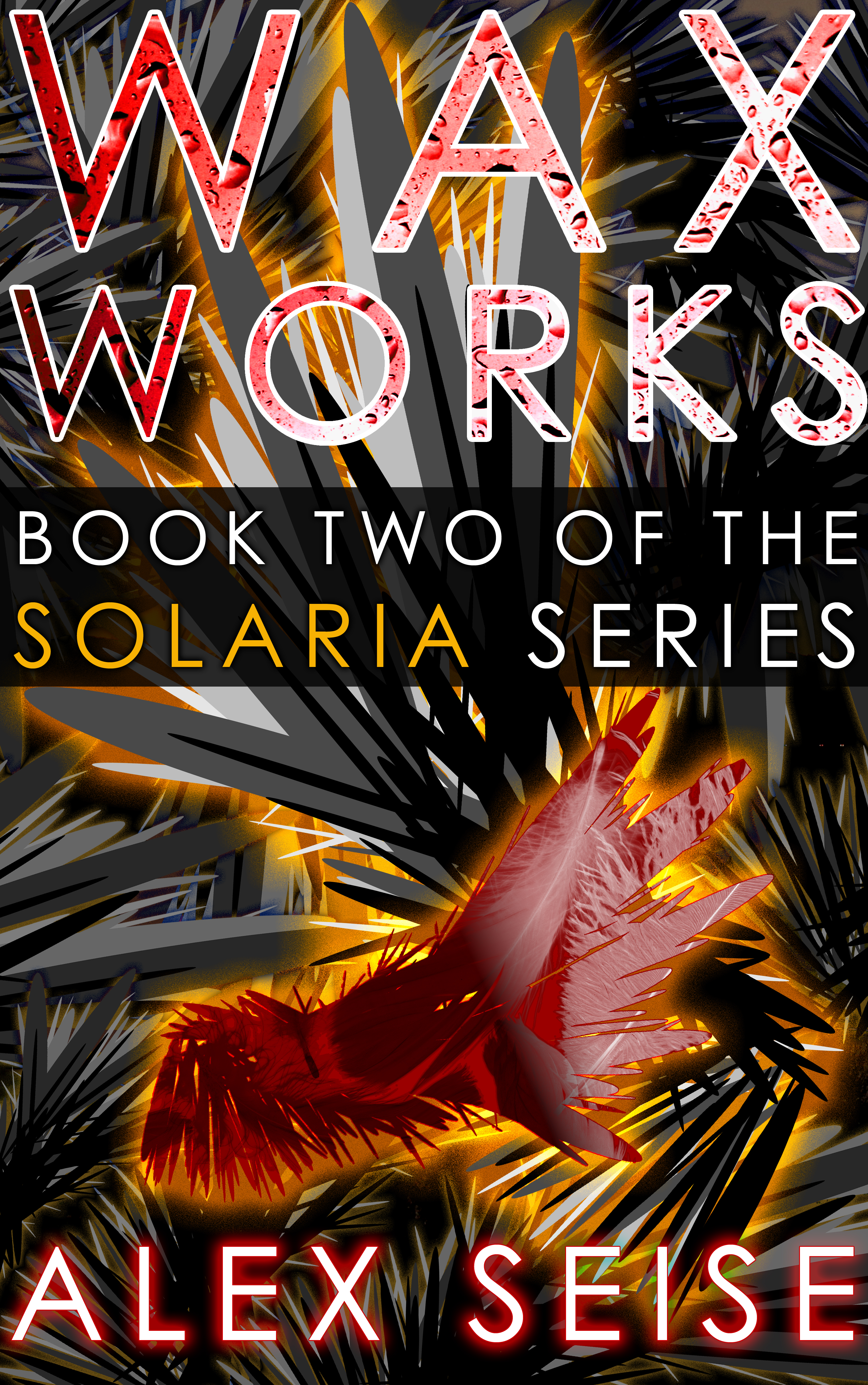 Hello everyone!  I hope you had a joyous New Year and a beautiful, decadent holiday season with your loved ones.

I’ve been super busy with my wordsmithing as of late, and I’m very excited to announce the title (and working cover) of the sequel to Rising Son, my debut novel.  The second book in the Solaria series is named: WAX WORKS.  A brief summary follows: 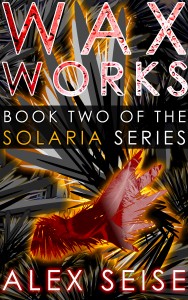 MELTING IS INEVITABLE
The world surrounding Vikaré Raymond oscillates along an enigmatic tipping point. As he acclimates to his new duty serving as the lone liaison between Earth and the extraterrestrial race known as the Trtaaniy, the emotionless young man watches his own life spin in several unpredictable directions.
While the leaders of the dysfunctional dystopia ponder a generous offer by the turquoise visitors from afar, the shadowy Society Solaria continues to stir up trouble from its global network of underground lairs. Helmed by Vikaré’s aunt, an unstable woman transformed into a diabolical digital deity known as Solana, the Society’s threat to the future of humanity grows more ferocious daily.
Swirling the divide between conservation and destruction are Vikaré’s parents Daylen and Naura, two souls trapped in an impossible struggle that pits their once-held beliefs against their once-cherished morals and their once-loyal son. On the opposite wall of the maelstrom, bureaucrat Dianne Wolenstein watches their every move as she plots a daring attempt to take down the Society Solaria once and for all.
Global factions leverage the chaos to strengthen their own positions. Some mobilize coups as paradigms clash, power shifts and alliances reveal themselves; others seek out ways to seize dominance over the half-finished superstructure hovering in the skies—and the eventual future of the race.
Faced with the heat of a dying sun, life on Earth is reaching a critical melting point. Sooner or later, something monumental must change; otherwise, the whole world of weak, wobbly wax works will simply burn away.