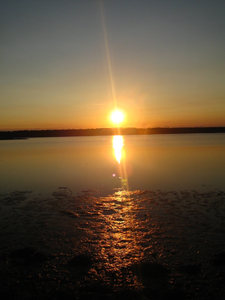 Today, as I was driving home from my wonderful new job, I had a great idea for my last blog post of 2009.  Rather than writing a long-winded trip down memory lane, I wanted to post the single most profound event in my life from each month of 2009.  It was–by far–the most up and down year of my life, and I don’t want to forget any of it as the decades roll by.  So without further ado, here is 2009 a la Alex.

JANUARY: Embarking on the final semester of college during one of the economy’s biggest downturns–fun!

FEBRUARY: “Mawwiage.  Mawwiage is what bwings us togetha twoday.”  🙂

MARCH: Busiest month of college projects–from long papers to major presentations, it was time to tackle them (successfully, I might add!).

APRIL: We became uncles to one of the cutest little babies in the world, Mr. Luke Angelo!

MAY: RIP Grandma–thanks for the lemon bars–they’ll never taste quite as good again.

JULY: A promotion that wasn’t entirely as it seemed…

AUGUST: RIP Grandpa–and thanks for the subtle message in October: you were right, it was “time to make the donuts”!

OCTOBER: Celebrating our love surrounded by family and friends!

NOVEMBER: Diving in and following dreams without holding back; opening the book to write the next chapter.

DECEMBER: A new job, a new outlook and new horizons–might 2010 bring a house (or other great surprises)?

Looking back on it, how was 2009 for you?  Tell me about it with a comment below!